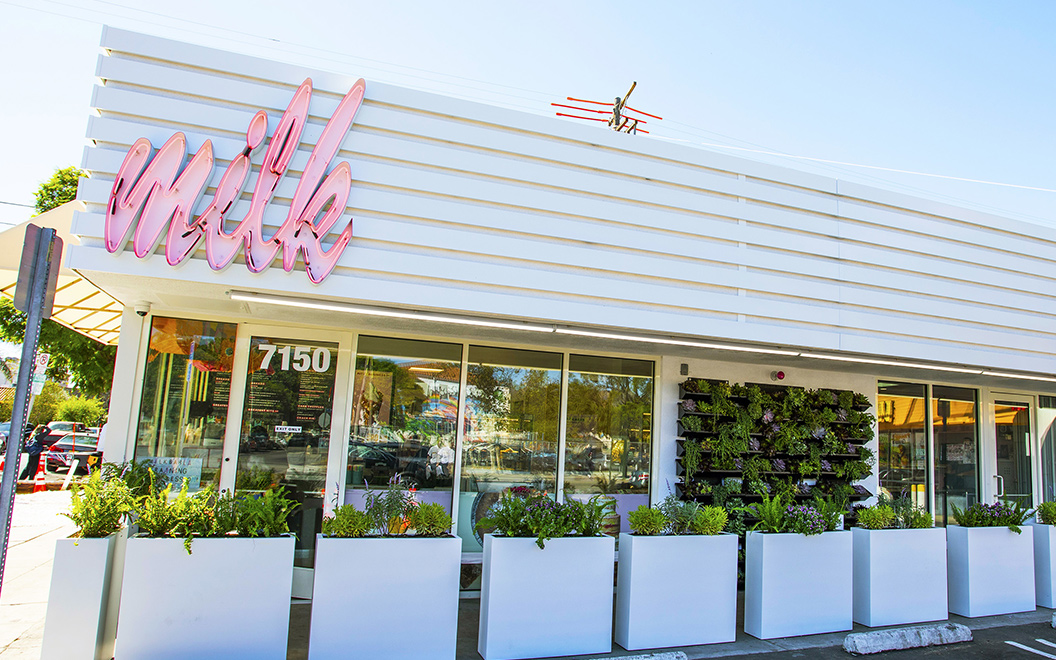 We’ve already covered art exhibitions to cross the continent for; now, we’re eyeing up the food destinations worth a trip. These culinary launches are destinations in their own right – it’s time to book that flight.

Milk Bar just touched down in Los Angeles, and we’d recommend you do the same. The David Chang-endorsed saccharine dessert specialist has set up a new flagship on Melrose, where, it claims, “all the OG Milk Bar faves meet” – which includes a research and development lab, so you’ll be first to try the new creations from the minds of founder Christina Tosi and her team. It might the be 15th Milk Bar location, but it’s the first one for the west coast and the biggest yet. Cereal milk soft serve is just the beginning.

Next up, Munchies from Vice is swapping deadlines for dim sum as they go on the hunt for chefs and restaurants for its latest launch: a mammoth New Jersey food court. The all-things-edible platform has been given its own space at American Dream, set to open in spring 2019. Billed as “the only food hall you’ll ever need”, Munchies Food Hall will operate over 38,000 square feet with room for 18 vendors, as well as a staging area for shooting those now-infamous videos and chef demos. F*ck, That’s Delicious in real life? Count us in.

And if you’re staying nearer to home, we’ve still got you sorted. Albert Adrià (Tickets, Enigma) has announced plans to open a dessert-only restaurant inside the Hotel Café Royal in Piccadilly this November. Cake & Bubbles is Albert’s first permanent site outside of Spain, so expect your overseas gang to want a tour when they’re next in town. On the menu, Albert has included some of his signature desserts from Tickets (including that cheese wheel cheesecake) as well as grand marque and grower Champagnes and cava. Don’t miss his Chef’s Table episode on the just-launched fifth season from Netflix, either: it’s perfect viewing if you need a cheat sheet on all things Albert.

The purpose of your trip? Aside from these launches, you don’t need one – book in.