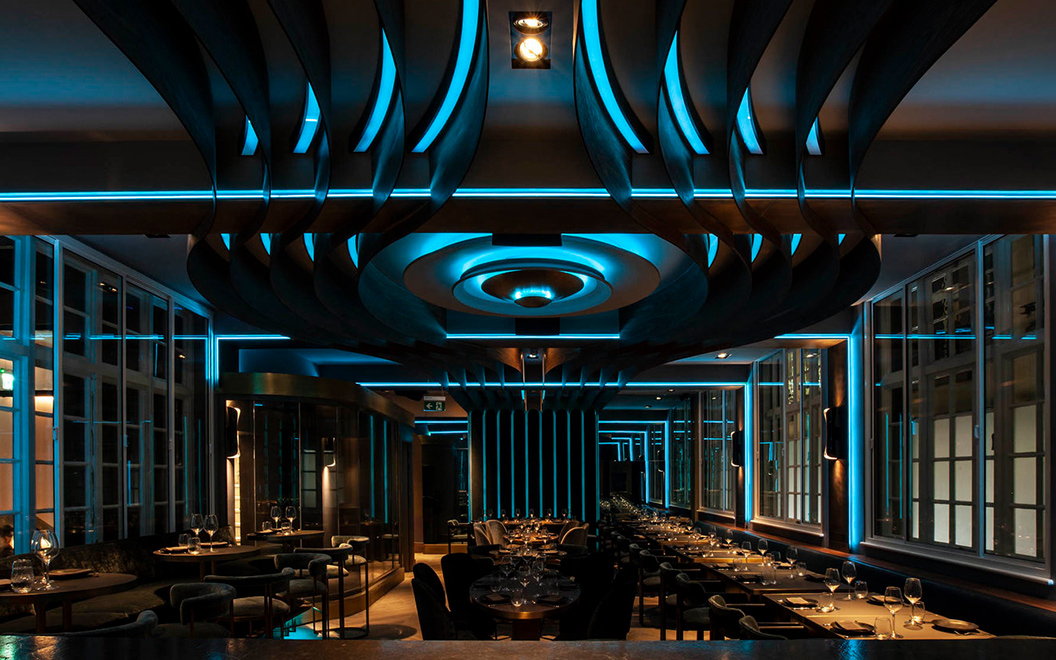 With Leroy and Brat winning Michelin stars this year, low key has been the status quo for 2018. But we think it’s now the time of year for a big blingin’ night out, and we’re leading with these three newcomers.

Where better to start than Mayfair? IT Ibiza touches down on Dover Street this winter (following another Ibizan transplant, Zela, earlier in the year) and if you’ve already sampled this White Isle staple you’ll know: they don’t do things by halves. Located in a former art space, IT Ibiza will double up as a gallery for emerging artists, as well as a space for Balearic DJs. Double Michelin-starred chef Gennaro Esposito heads up the kitchen.

IT isn’t the only new arrival in Mayfair taking inspiration from the party islands. Five-storey monolith Onima opened this month on Avery Row, in a building reported to have once been the headquarters of Cartier’s watchmaking empire. The Mykonos-inspired bar, restaurant, private member’s club and glass-enclosed rooftop terrace will keep you busy, and that’s before you’ve even seen a menu (forget small plates, go for beef tartare with orange ponzu sauce, king crab salad with seaweed and caviar and pineapple carpaccio with cardamom).

Naturally, if we’re going to talk big blingin’, there needs to be some colossal art involved. Thankfully, Damien Hirst has pulled out all the stops once again: for Selfridges’ new Brasserie of Light he’s installed a 24-foot crystal encrusted Pegasus statue – yes, a crystal Pegasus statue – making it his largest artwork in London. And yes, it’s suspended from the ceiling. We’re told there’s even Pegasus pie served with yuzu coconut cloud for dessert. Now this, we have to try – they open on Thursday.

Game faces on, it’s time to hit the town.