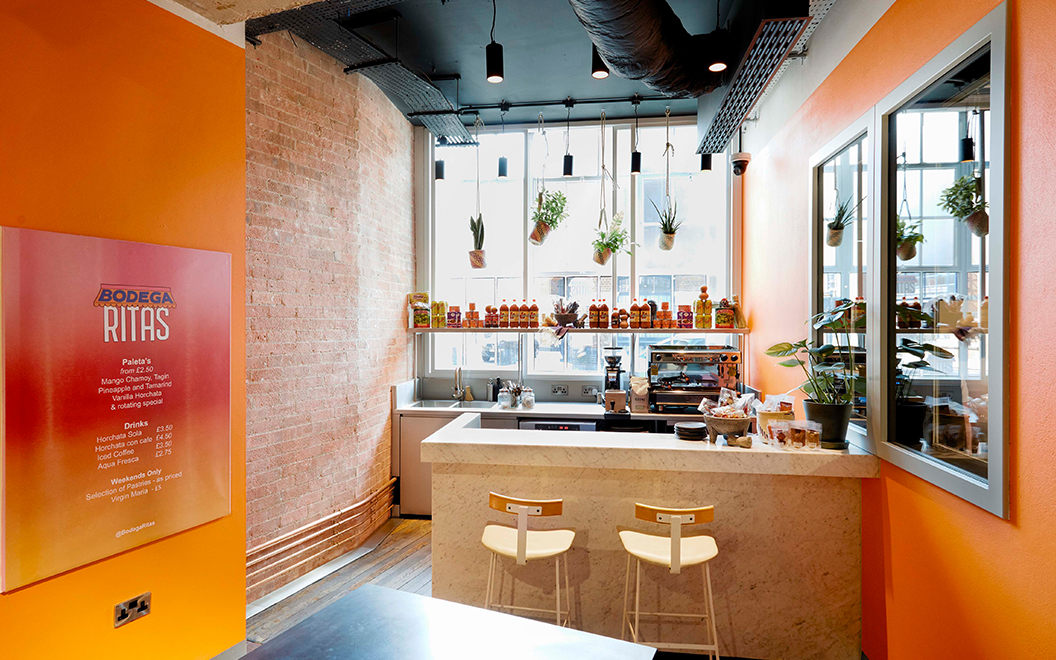 Plot twist: No, we didn’t think we’d be writing about bakeries in 2018 either, but some of our favourite food and beverage upstarts are getting into dough, and we can’t turn a blind eye (or resist that maple bacon) any longer. The one thing they have in common? They’re not what you’d expect. French and English traditions are being swapped out for far-flung influences, from Peru, the bodegas of Mexico and Kolkata… move over, crème pât.

In a move that reminds us of Dover Street Market’s wise pairing with Rose Bakery, Rita’s have just launched a surprise Bodega at Brown’s East. No – we didn’t see it coming either, but then we saw the menu: homemade paletas, horchata, agua frescas and deli-style iced coffee couldn’t be more apt for a summertime pop-up. At the weekend, maple bacon croissants come from new Islington bakery Pophams, and Rita’s have also collaborated with The Pickle House to develop a Virgin Sangre Maria Mix – served at weekends or by the bottle to take away. A pit stop or a stock up? This bodega does both.

And then there’s Gunpowder’s latest addition to the family: Custard. It might sound like quite the departure from Gul & Sepoy and Madame D, but Harneet and Devina Baweja are going in for Kolkata coffee house atmosphere, specialising in savoury pastries and sandwiches inspired by the Indian subcontinent. By day, try butter chicken puffs, goan pork sausage rolls and soft-serve custard. By night, it’ll operate as a wine bar! Let’s see how that goes down.

From boulangerie to bodega: expect the unexpected.