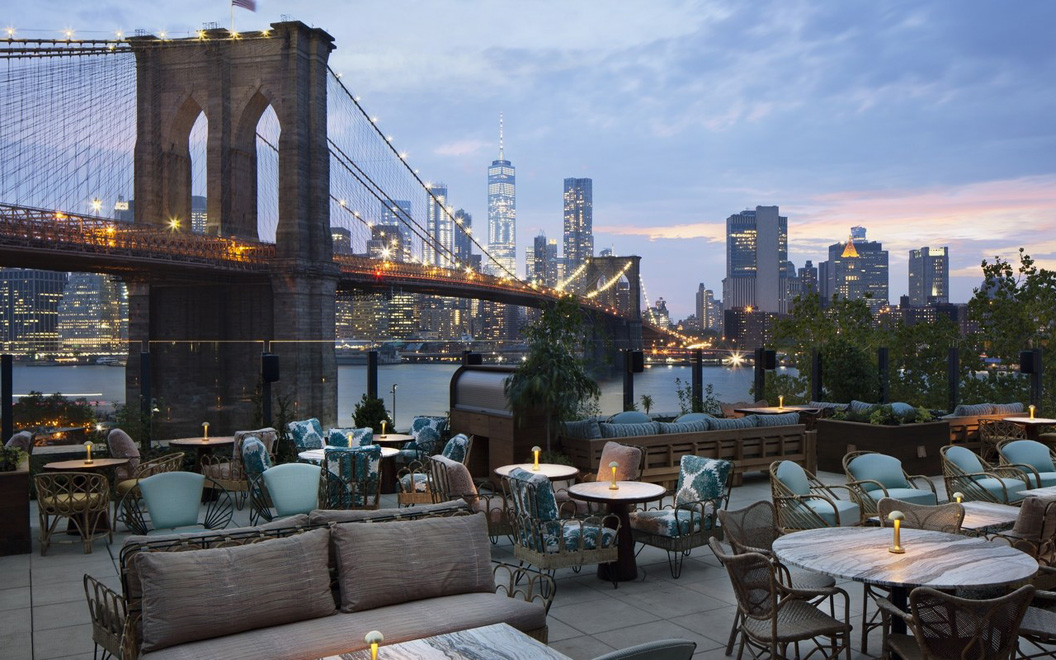 With Frida Escobedo’s Serpentine Pavilion debuting this week, Selfridges’ alto by San Carlo now a firm aperitivo hour fave and Bold Tendencies’ rooftop well and truly open, we’re turning our thoughts to the spaces across the city offering something a little different. Cut through the crowd and head up to these out-there spots.

We’ve said it for a while now: any excuse to get over to Tony Conigliaro’s Untitled Bar, and we’re there. So the new Moon Garden, designed by SoHo+Co and Asahi Super Dry, is a place to relax with a cocktail in hand, surrounded by lush greenery and cast concrete mushroom stools. Sounds trippy. When you’ve finished taking in the dream-like surroundings, don’t miss the open yakitori charcoal grill (at the weekend) or the extended sake list.

In Barcelona, Antoni Gaudí’s modernist Casa Milà has enough to take in at street level, but venture up to the La Pedrera roof terrace to explore the wonderfully absurd terraces and chimney stacks. From mid-June to mid-September, there’s even live jazz, arts and light shows on the roof – book in for cava and a Catalan sunset as Gaudí intended, all included in the ticket price – #UJLoves.

And in Brooklyn, Dumbo House has just opened. Everyone we’ve spoken to that’s been can’t stop talking about those stop-you-in-your-tracks vistas of the East River and Manhattan skyline – definitely worth flashing your card for or asking your friend to get you in. Bigger crowd to please? Elsewhere has just opened their rooftop, hosting local DJs, film screenings, cookouts and work by emerging artists all summer. Launched by the team behind Williamsburg’s beloved Glasslands Gallery, Elsewhere’s rooftop is the final piece of the building’s puzzle, which accommodates two stages, a loft cafe and a skybridge gallery. It might just be Brooklyn’s answer to Bold Tendencies.

Here’s to summer nights outside!