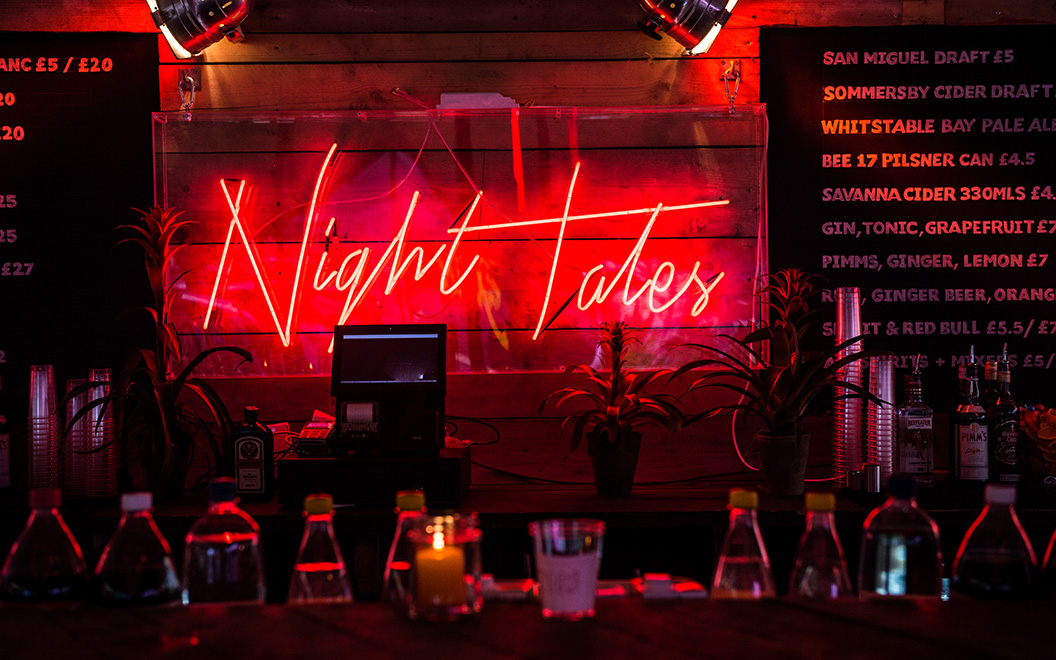 After Jidori’s Covent Garden townhouse became our favourite yakitori and karaoke spot this spring (check their new omakase menu!) we’ve been on the hunt for robatayaki and yakitori that’s worth crossing town for.

Where Night Tales go, we’ll follow, and their new permanent, multi-purpose spot at Hackney’s Bohemia Place has a lot to take in. Beneath the railway arches sits their new nightclub and Japanese garden, where you’ll also find Fat Baby, their in-house yakitori grill run by head chef Greg Round (Umu, Pitt Cue) and based on the hole-in-the-wall style izakaya grills found in Tokyo’s backstreets. Yakitori will be cooked on a custom-made grill alongside grilled seafood, gyoza and those beloved katsu sandos. We’re told the Japanese theme is just the first iteration so get down there while it lasts.

In Kensington, Japan House London have enlisted Engawa chef Akira Shimizu to head up his own eponymous robatayaki restaurant in the new cultural centre. Opening just last week, Akira is setting its sights on rebooting Japanese cuisine in London with a focus on the omotenashi experience and the robata grill. Plus, some of the cut dishes from Akira’s yakitori restaurant in Nakameguro, Tokyo, will be making an appearance – don’t leave without trying the spicy fried chicken karaage on the bone.

And finally – don’t miss Yardbird’s Matt Abergel’s appearance at Shoreditch House and Lyle’s in July. He’s teaming up with James Lowe to throw a rooftop yakitori party at Shoreditch House on the 11th, followed by a family-style feast downstairs at Lyle’s on 12th. Tickets en route soon!