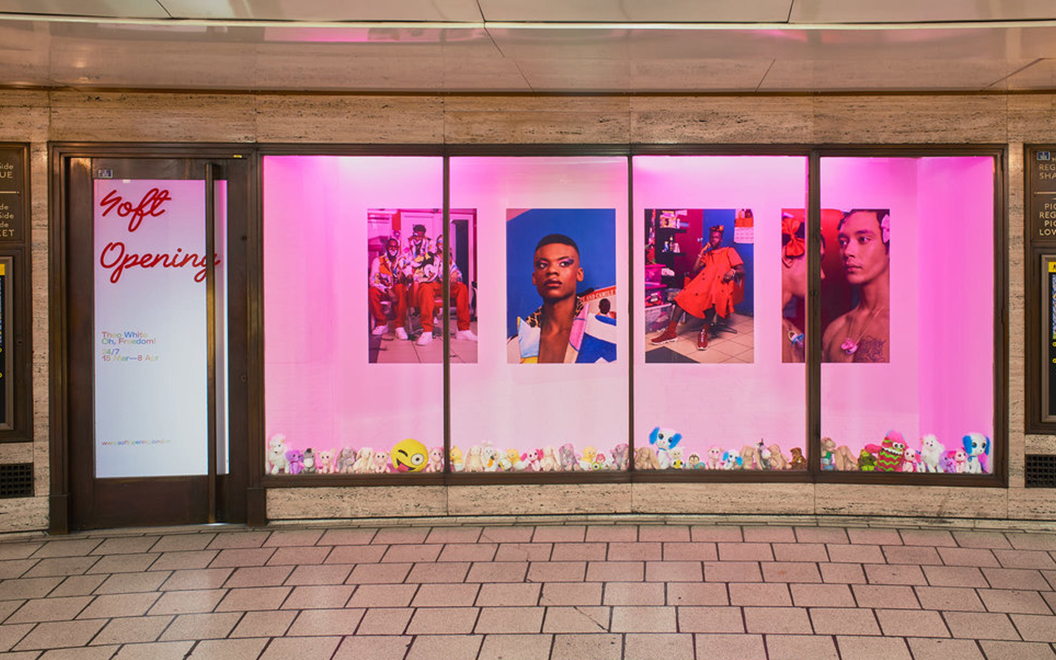 London’s too expensive for creatives? No way! From Belgravia to the ‘burbs, a new generation are proving that even in the most unlikely of places, rebellion and creativity flourishes.

No, Belgravia doesn’t exactly have a rep as a hotbed for young designers, but it’s about to be. 50m launches at the end of the month, and owners Something & Son have set out to relieve a new era of creatives from extortionate London renting rates by charging an affordable monthly fee to feature in their concept store. Part shop, workspace and café, the 50m store has a members’ roster of ten – right now that includes menswear designer Daniel Fletcher and womenswear designers Ryan Lo and Kepler. Watch that space like a hawk, it’s got next-gen-household-names written all over it.

Curator Antonia Marsh has been on our radar for a while, and her Soft Opening gallery set within Piccadilly Circus is a rebellious move worth making a detour for. Taking up a storefront within the Underground ticket office, Soft Opening unpicks a little of what we consider an art space to be. Head down there before 1st July for Wilson Oryema and Harley Weir’s joint show, rubbish_1 (it is made of actual trash), which brilliantly inverts the expectations of adverts and commercial art.

And here’s one to keep an eye on: Martine Rose. The menswear designer closed down a Kentish Town cul-de-sac for her SS19 presentation earlier in the month, having prepped her models in the pub round the corner. Her catwalk became the Victorian street, with locals watching from their upstairs windows and dancing on the pavement. The collection itself was a celebration of British cultural references, a creative mash-up to applaud the eccentric spirit of the capital. After, a street party ensued.

Whether you’re catching art off the beaten track or somewhere entirely unexpected, these soul-filled rebellions make for great subversions.