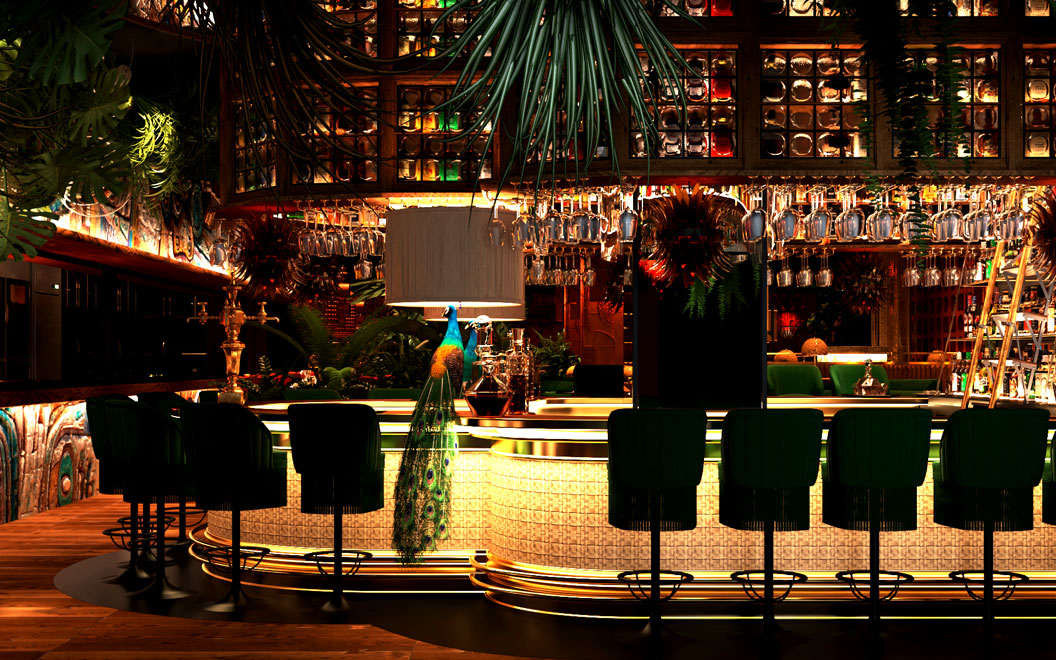 Amazónico: When this restaurant opened in Madrid, it was all the rage with the fashion gliteratti, and it’s not hard to see why. A posh rainforest café, it has all the elements of a stylish good time: theatrical setting, flavourful/light menu and sumptuous décor, and there’s jazz nightly. Opening Nov 9th, on 10 Berkley Square – sign us up. Over on Clarges St., Le Comptoir Robuchon (not to be confused with Le Comptoir Libanais) is opening on 1 November. It’s small plate French fare with the Robuchon flair, in a luxe new environment. You’ll find us on the burnt orange bar stools.

Ember Yard, remember that? Salt Yard’s spot on Wardour Street? Well they are relaunching with a new menu, head chef, and bar in early November – register to get 50% off on the 4-6th and 11-13th of November. Expect fire and smoke to be key elements in the Spanish and Italian small plates.

Over at Pastaio (which is about to go from one to three sites), they’ve launched a new ‘All In’ menu, where you can try eight sharing plates of their signature pastas plus a prosecco slushie thrown in for just £22. At Kym’s, they’re launching a new Lobster Brunch to celebrate their first birthday, with 50% off on Nov 2, launch day. At Caldera (New Mexican on Mare Street), there’s 50% your food bill from 7-17th November.

Very recently opened, Legare is a ‘broadly broadly Italian neighbourhood restaurant’ (as they describe it) on Shad Thames and comes from some heavy hitters: Jay Patel, ex-Barrafina & Koya, and Matt Beardmore, ex-Trullo –  we can’t wait to get in.  Today sees the launch of Trivet in Bermondsey, from The Fat Duck’s ex-executive chef. November 15 sees the opening of Stoney Street, the newest restaurant by the 26 Grains founders. Set in Borough Market, the menu here will not be dissimilar to 26 Grains offering innovative breakfasts, small plate lunches and candlelit dinners, with crowd-pleasing pasta additions at night. Wines sound great; 5 red, 5 white, 1 rose, 1 orange, with takeaway wine options available too.

Tomorrow sees the launch of TOKii in The Prince Akatoki London hotel (no, we don’t know it either, but we’re always happy for more sushi). Expect the usual sashimi and rolls, as well as robata and Asian breakfasts.

On November 1, the (historically) very meaty Neil Rankin (our office used to smell of pulled pork from Pitt Cue) is about to launch a vegan restaurant on Brick Lane, and we like what we’ve heard. As he puts it, ‘Simplicity Burger will be all plant-based, no bullshit’ –  a nice break from a lot of the severely processed meat-free options out there. Neil’s vegan burgers will treat veg like he treats meat: slow roasted, and aims to satisfy rather than create calorie light options. Sounds good. Also, ICYMI, Lewis Hamilton, F1 driver and vegan, launched his first vegan burger chain, Neat Burger just off Regent Street. This will be the first of 14 locations; we’ll be there for the tater tots and Jaden Smith H2o.

Over in Shoreditch, it’s a new Tonkotsu, with all ramen and hiyashi bowls from the main menu at just £5 until 31st October. Thursday sees Oren’s Oded (try to say that fast) launch in Dalston, with small plates from Tel Aviv and Zeren Wilson (Smoking Goat) on wines.

Oh Brixton. More more more! The latest openings here on the lower end of the drinking and dining pole include Taproom (Nov 1 opening), which is a room with lots of tap beers, and Other Side Fried (Dec opening, with takeaway or standing counter only), which will have fried chicken.

Over west, there’s a new chef at Summerhouse, and Soho’s Rambla will be relaunching on Nov 1 as the Cali-inspired SOLA. We’re happy it’s having a refurb…

In Victoria, there’s a new Chez Antoinette, adding another option to the ever-increasing Victoria offering. In Chelsea, BOTTLES wine bar has made its way over with, um, bottles, and at Mews of Mayfair, there’s a LAAX (we can’t bring ourselves to print the other part of the title, which is Baby!) pop-up which looks quite fun, in a winter wonderland way.