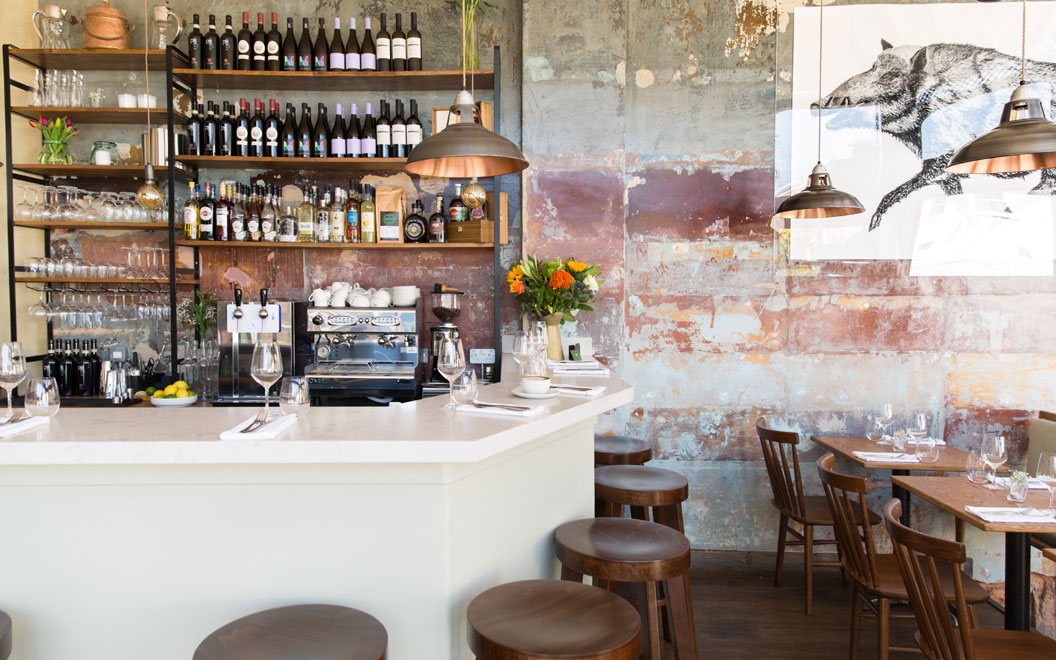 In Brixton, Maremma, the new restaurant on Brixton Water Lane that focuses on Tuscan everything; expect wraparound windows, counter dining and banquettes.

In Fitzrovia, for restaurants, it’s Arroz QD for top-tier Paella, complete with a paella counter (we’re excited); Bubbledogs has also just re-opened as a Champagne bar after a refurb (we have our eyes on the comté tater tots). For bars, Murder Inc. from the Cocktail Trading Co. is now on Hanway Street.

West, the Greek Bistro Suzi Tros is opening on Hillgate Street (in the space that was Eat Tokyo); east it’s Squeg + Bonez natural wine bar and vegan haunt in Mare Street Market, and in Victoria, Bâtonnage, the indie wine bar/shop that just opened in Eccleston Yard.

In Vauxhall it’s Embassy Gardens’ Darby’s (by Robin Gill of neighbourhood restaurants The Dairy, Counter Culture and Sorella), serving a dawn ’til late  menu, with an oyster bar.

Circolo, the second recent London opening by the Gloria crew should be open for bookings by the end of June/beginning of July; expect Sicilian cuisine and fun fun fun.

In Soho (on Rupert Street, we love), Heritage, a contemporary Swiss-inspired restaurant (it looks better than it sounds) opens with 50% off food (reservations only) from 28-30th June, and 1 July sees the opening of Holborn’s Gezellig, the 48-seater classic European bistro created by three friends who met at some of London’s finest (The Square, The Ledbury, Pied a Terre and Elystan Street).

In Tottenham Court (bear with us), the Arcade Food Theatre opens the 19th July in Centre Point with vendors like Tóu by TĀ TĀ Eatery, Pastorcito (Harts Group) and an accessible version of Chotto Matte.

Michelin-starred Sabor has a new lunch menu and Homeslice has new pizzas to mark their sixth birthday (one at each location) including one with lobster bisque and another with Wagyu beef. We also, oddly, like the sound of this Bustronome (dining on a posh double decker around London); tourist for the day and all that!

Have something we should know about? Write in at info@urbanjunkies.com.