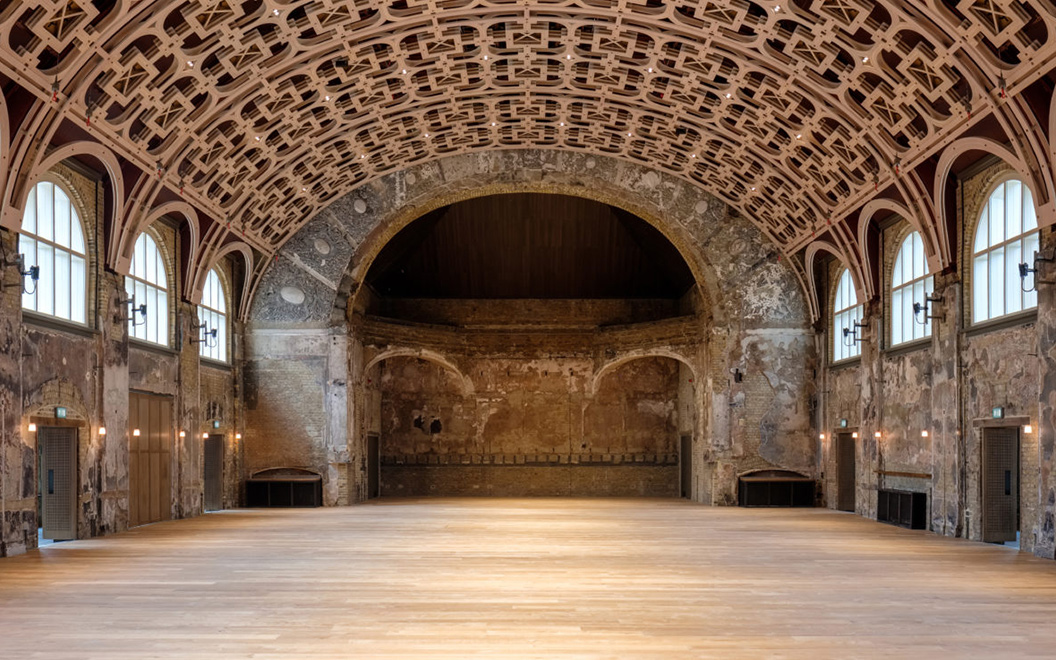 We’ve heard plenty from east to west over the summer, but a spate of new launches south of the river this autumn have us firing up our CityMapper and working out if we can do it all in one day. We say start early and get exploring the south with three main stops along the way: Battersea, Bankside and Deptford.

No, we hadn’t been to Battersea Arts Centre pre-renovation. But the cavernous Victorian town hall has just completed a 12-year restoration and we have to admit, with all that exposed wall and plywood, it looks stunning (think Wilton’s for south London). BAC has championed experimental theatre since the 1970s but the new renovations mean there will be 31 new spaces for performances, so expect to see some major boundary-pushing in how BAC stages its productions. Their aptly named Phoenix Season is on now book in here.

Bankside is another wildcard for the mix. It’s not usually a neighbourhood we’d head to at the weekend (although nearby Borough definitely is) but Art Yard Bar & Kitchen is set to change that. The new restaurant from Lee Stratton (45 Jermyn Street, Brown’s Hotel), Art Yard is focused on creating a space diners will linger in, with modern art lining the walls (we’re reminded of Duddell’s opening in London Bridge last autumn). Large groups are also welcome (still a rarity in London) with the wood oven roasting large sharing cuts of meat at the weekend, to be served family style. And don’t miss the Bermondsey flower honey negronis – we love the idea of a true taste of south London.

And if you have time to head further south still, make a beeline for Deptford. We’ve talked about the burgeoning food scene here before (Marcella is a team fave) but there’s more. Tucked into an alleyway just off the high street and spread under two railway arches, Buster Mantis mixes a restaurant, bar, gallery and screening space with Jamaican flavours (thyme, ackee crema and scotch bonnets) and rum cocktails. They’ve just opened new bar and kitchen Stockton – order an ostertag (gin, rooibos, creme de bergamot) and kick back, south-style.

From long-awaited renovations to brand new flavours – south of the river is all about those unexpected discoveries. Get exploring!